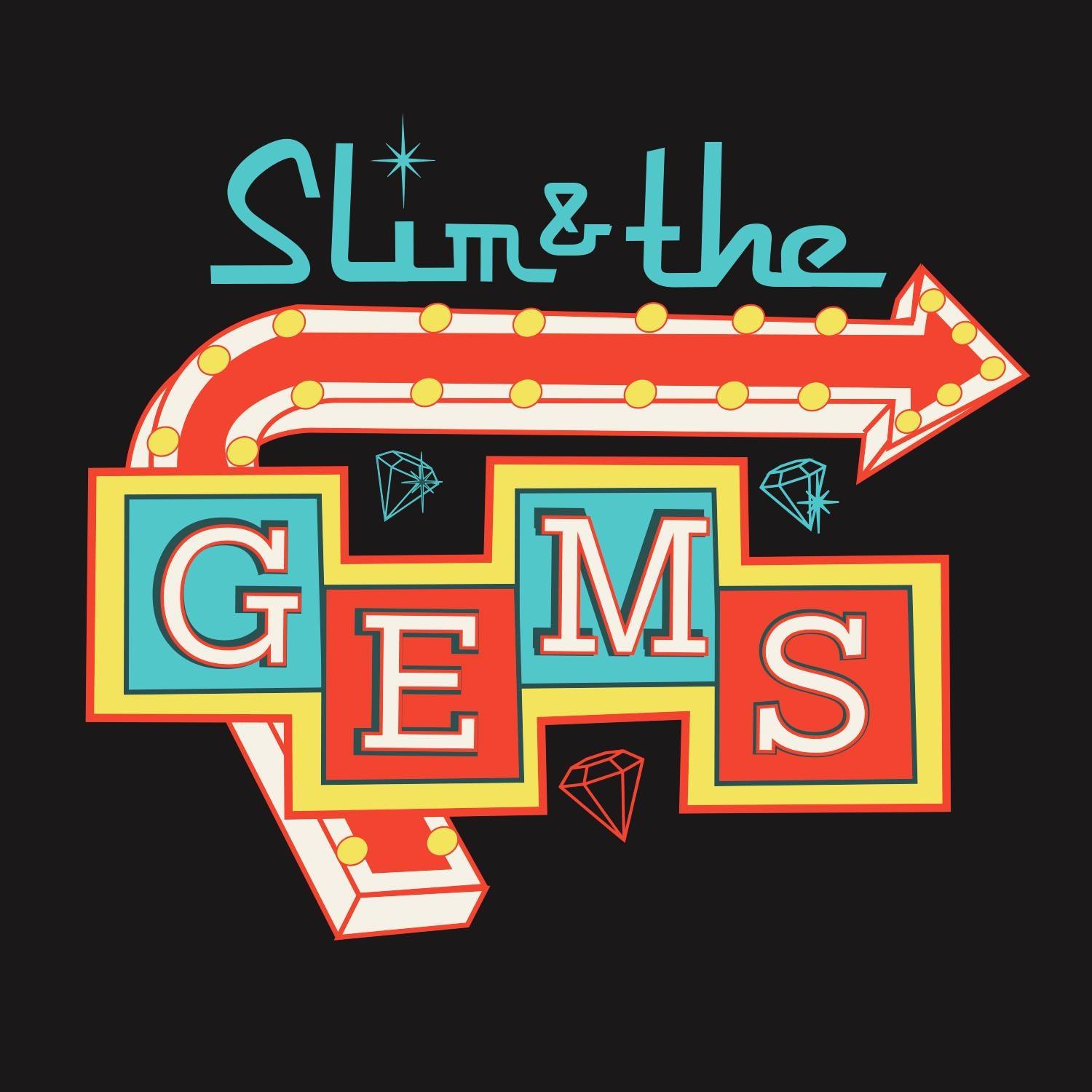 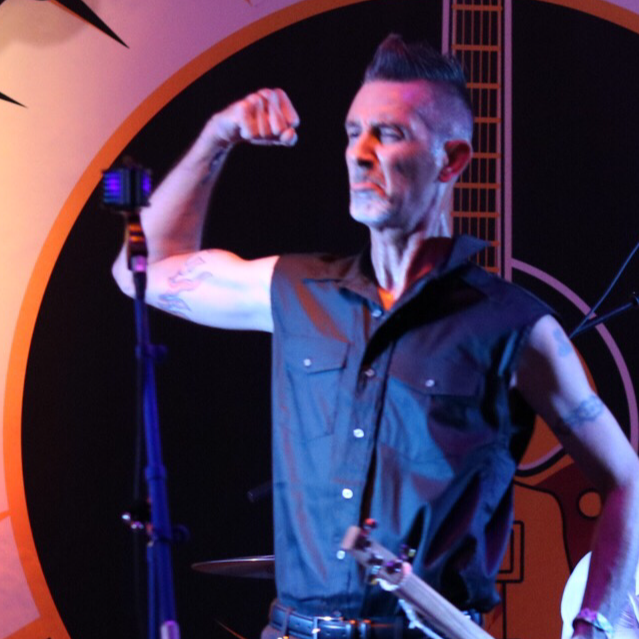 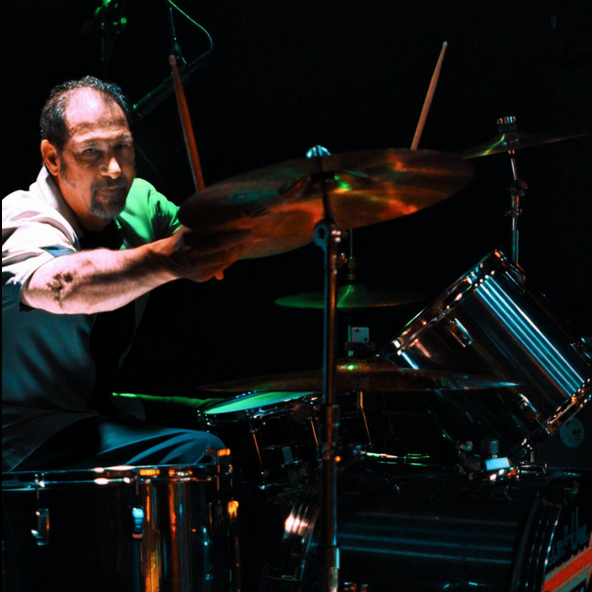 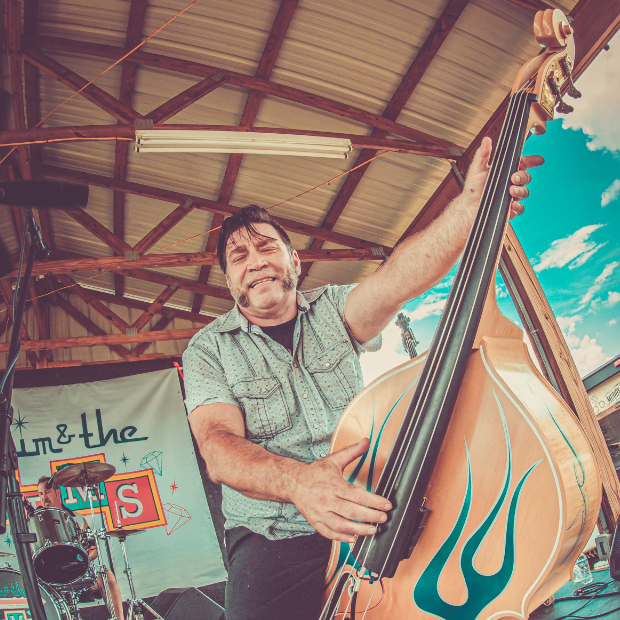 Slim and The Gems is a high energy 3 piece power trio that plays Rockabilly, America and good ol’ Rock and Roll!!

Featuring Monroe Slim on Vocals and guitar, Zen Ford, on Drums and vocals, and Rocking Rob Russo on the upright bass.

With over 40 years experience they bring their own brand of non traditional Rockabilly originals as well as a wide variety of covers.

Slim is an accomplished musician with 35 plus years experience, most of it being on bass. It’s only recently after a struggle trying to find the right person that he moved over to play guitar. After just a short time, he has developed a style of his own that is unique and interesting. Slim does most of the song writing for the Gems and lead vocals as well.

Zen started at an early age playing drums in church as many musicians have. With his over 35 year experience he has grown into one of the best straight forward pocket drummers in the area. Known by the Gems as the human metronome!!

Zen has played a variety of different types of music over the years which has made him one of the driving forces behind the Gems music.

Rocking Rob from the Motor City has spent a number of years playing slab bass until a few years ago when someone let him play an upright. From that point on he has been slapping thunder through out the south east.
His rhythmic walks and percussive slaps along with his on stage hyjinx make him not only fun to watch but a pleasure to hear.

Walking In Memphis With Kimber